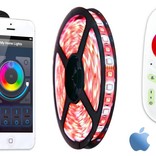 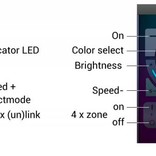 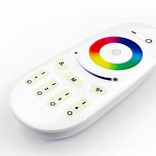 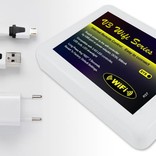 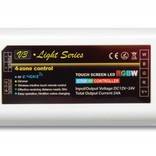 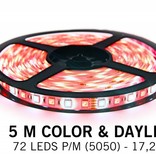 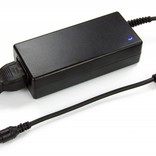 This unique RGBW ledstrip with 360 high brightness SMD type 5050 LEDS's is developed by us to have 15% more LED's than a standard (60 LED's per meter) ledstrip. With 180 dedicated cool white daylight LED's and 180 RGB color LED's it fits any lighting need. With a few quick touches on your Apple / Android smartphone or tablet you take control over 8 unique zones whereof you can set the brightness, tint or color mode.

Let your imagination run wild and take color control! Possible RGBW lighting applications are a colorfull highlighted ceiling, a magic hallway or staircase, a bright white kitchen work top that turns festive on Saturday night, a multifunctional backlight for your aquarium, a daylight lighting cove in your living room that turns into your favorite color when you watch a movie, etcetera...


Besides setting the brightness, choosing a pleasing color or daylight, you can also pick one of the multiple effect modes. The RGBW WiFi ledstrip kit is very complete with the additional RF Color Touch remote.