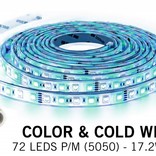 This versatile RGBW strip is produced with the best A-quality components and leaves many other RGBW LED strips behind with its long life and extremely bright 5050 SMD LEDs.

The waterproof RGBW LED can be shortened every 9cm. In our "LED strip accessories" category you'll find everthing you need to customize this LED strip, such as extension cables, terminal connectors, additional sealing end caps with silicone glue and mounting clips.

This waterproof RGBW LED strip with 72LED per meter (36 cool white, 36 color) has a total length of 5 meters. 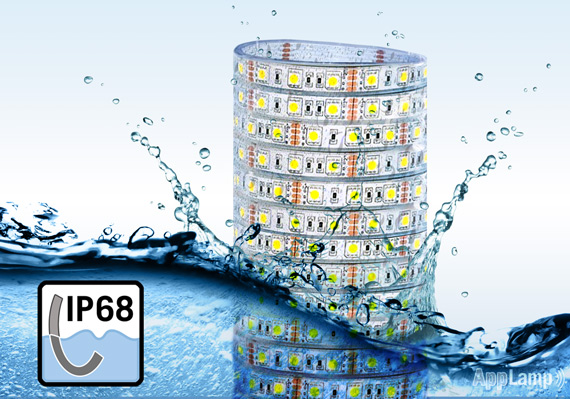